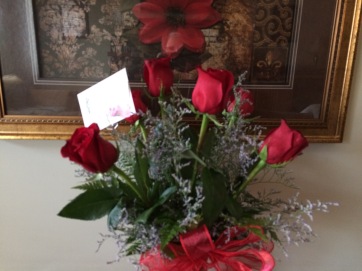 Roses are so beautiful when they arrive, I always want to make them last as long as possible. So I change the water. Add a drop of bleach or a packet of preservative and then snip the end of the stems at an angle so that they will absorb the water better. I can usually count on my roses lasting ten days to two weeks.

But what to do when they begin to droop and dry out? 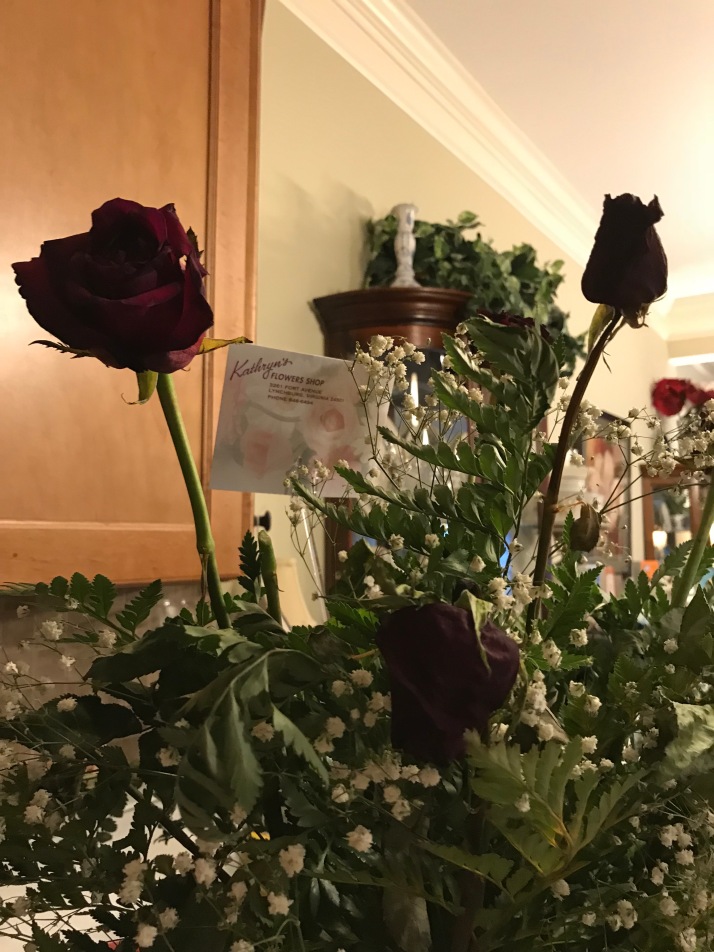 I remove the flowers that are still alive and put them into a smaller vase. This year, it was vases. Okay, bottles. My husband buys a probiotic which comes in a cobalt blue glass bottle. Normally, I throw medicine, vitamin, and probiotic plastic bottles away but when I saw they were beautiful blue glass bottles, I told John that I would find a use for them. So I washed them, removed the labels and run them through the dishwasher cycle for good measure. He thought I was nuts! Every month, I add a new bottle to my collection in the cabinet which houses my blue and white dishes. I wasn’t sure what I would do with them but that they will come in handy for some craft. 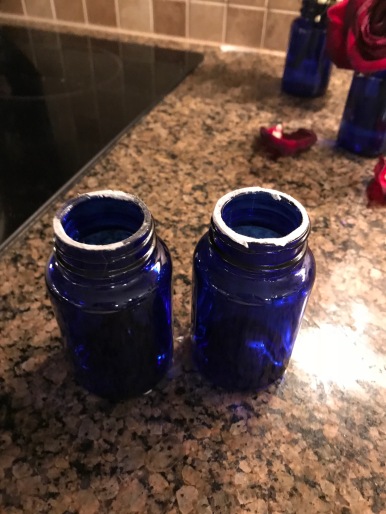 I thought one rose per bottle would be nice but they were large enough to hold two roses and baby’s breath as well. These small arrangements lasted three more days. 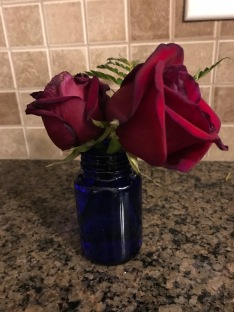 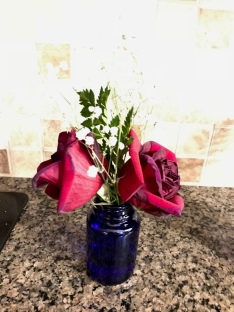 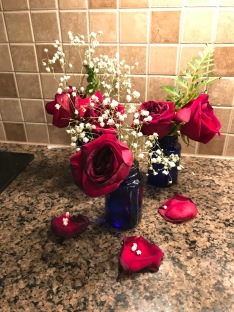 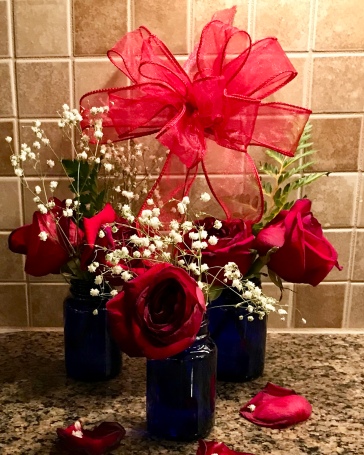 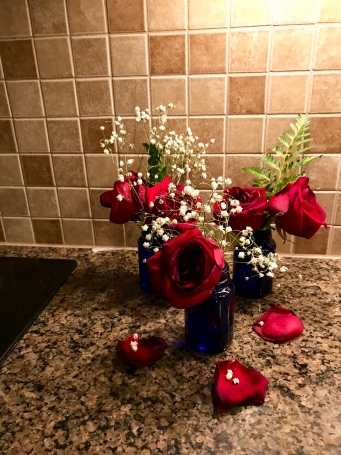 Then I remembered the card. One must always save the card! 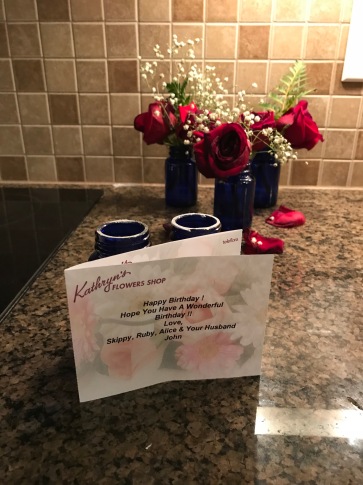 Next, I decided they needed a pretty tray to place them on and I saw my husband’s Grandmother Long’s crystal dessert plates. Perfect! 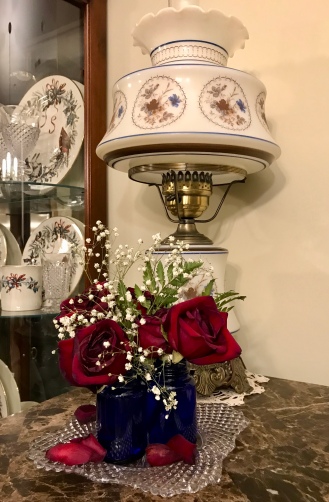 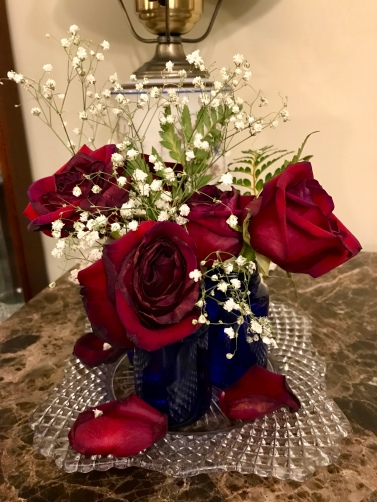 There are many ways to preserve flowers. The first time I dried flowers was in college. I learned a new tradition from other girls in the dorm. After the banquet was over, we removed the corsage given by our date (usually carnations) and pinned it to our curtain in the dorm room. 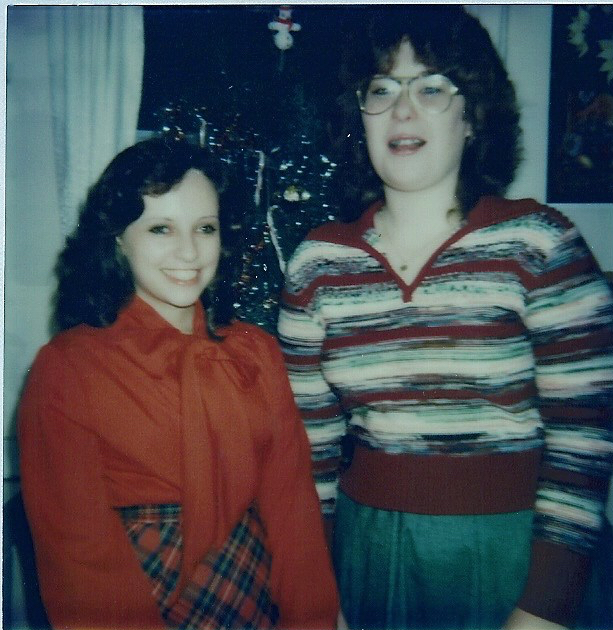 I know my roommate, Elonna and I each have a corsage on the curtain but we seem to have blocked them out in this picture but you get the idea.

For years, I dried my flowers. I attached them to a clothes hanger and hung them in a seldom-used closet. After they completely dried, I made sachets and potpourri.

The link below is a great resource for making sachets. In this case, she made hers with lavender.

One Good Thing by Jillee

Another great way to save your flowers is to press them in a book or in a Flower Press. I have been doing this for years with the flowers that I plant each year. Of course, women have been pressing flowers for centuries. Some women even pressed flowers from someone special or a special occasion in the large family Bible. Until I found a flower press at Michael’s several years ago, I used my heavy Bible commentator. With the flowers laid carefully in a folded paper towel and then pressed between the pages of the book at least three weeks before removing them to use on stationary. 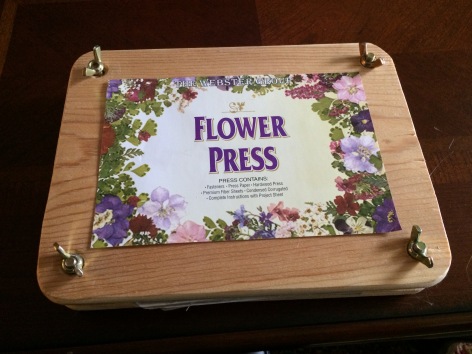 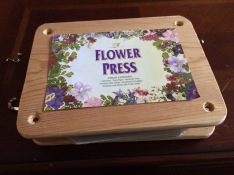 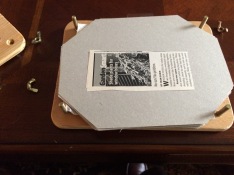 In the 1990’s using dried flowers in making stationary was quite popular. However, the paper was thick and difficult to write on but it made a pretty card. Click the link below for instructions in paper making. In this video they are adding plants but flowers work well too!

Preserving Flowers to be Soft

I found this YouTube video which is very helpful!

However you decide to preserve your flowers, remember.  The flowers may fade and wither but the sweet thought and the love remains.  It also reminds me of one of my favorite verses. Isaiah 40:8 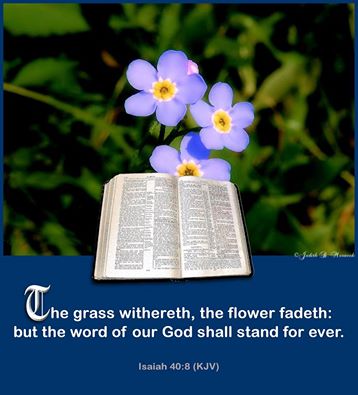 The road to a friend's house is never long.